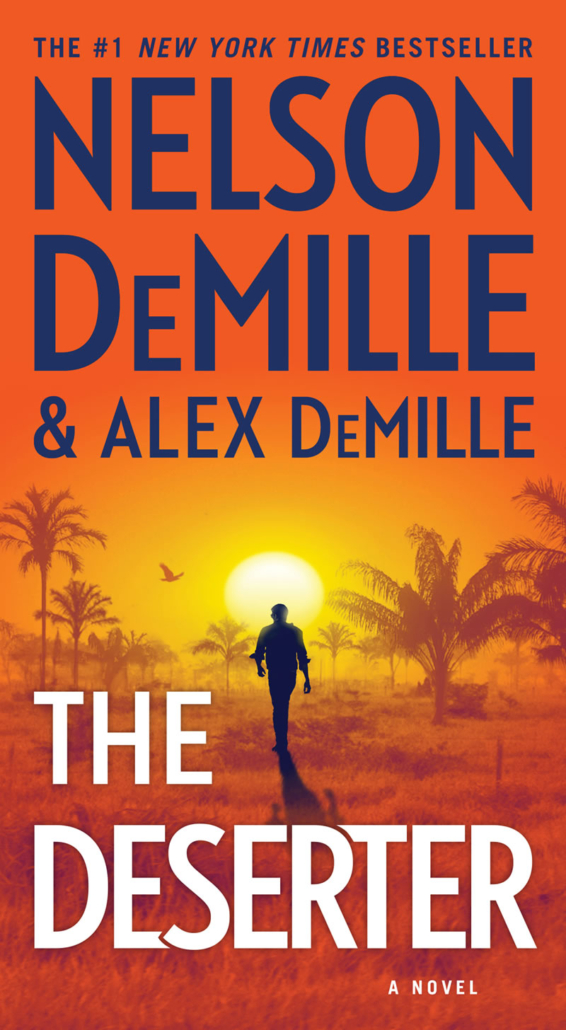 When Captain Kyle Mercer of the Army’s elite Delta Force disappeared from his post in Afghanistan, a video released by his Taliban captors made international headlines. But circumstances were murky: Did Mercer desert before he was captured? Then a second video sent to Mercer’s Army commanders leaves no doubt: the trained assassin and keeper of classified Army intelligence has willfully disappeared.

When Mercer is spotted a year later in Caracas, Venezuela by an old army buddy, top military brass task Scott Brodie and Maggie Taylor of the Criminal Investigation Division to fly to Venezuela and bring Mercer back to America—dead or alive. Brodie knows this is a difficult mission, made more difficult by his new partner’s inexperience and by his suspicion that Maggie Taylor is reporting to the CIA.

With ripped-from-the-headlines appeal, an exotic and dangerous locale, and the hairpin twists and inimitable humor that are signature DeMille, The Deserter is the first in a timely and thrilling new series from an unbeatable team of True Masters: the #1 New York Times bestseller Nelson DeMille and his son, award-winning screenwriter Alex DeMille.

Nelson Richard DeMille was born in New York City on August 23, 1943 to Huron and Antonia (Panzera) DeMille, then moved with his parents to Long Island. He graduated from Elmont Memorial High School, where he played football and ran track.

Nelson DeMille is the author of: By the Rivers of Babylon, Cathedral, The Talbot Odyssey, Word of Honor, The Charm School, The Gold Coast, The General’s Daughter, Spencerville, Plum Island, The Lion’s Game, Up Country, Night Fall, Wild Fire, The Gate House, The Lion, The Panther, The Quest, Radiant Angel, and The Cuban Affair. He also co-authored Mayday with Thomas Block and has contributed short stories to anthologies, and book reviews and articles to magazines and newspapers.